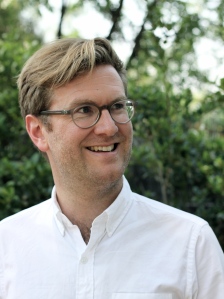 In 2014 he curated the group exhibition ‘Cogwheels Carved in Wood’ at Night Gallery, Los Angeles, which included the paintings and films of Derek Boshier alongside work by younger artists. In 2010 he curated a special project by Phillip Lai for ‘No Soul For Sale’ at Tate Modern in collaboration with Mousse.