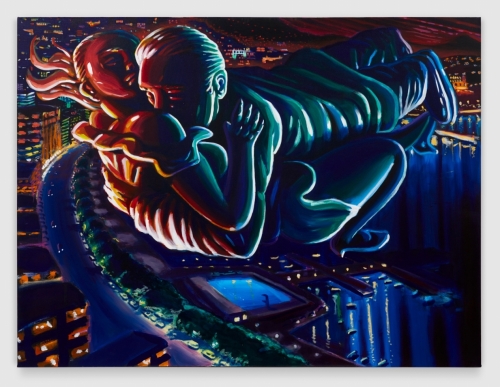 What I would give for a time machine that could transport me back to Venice, Italy, in the summer of 1984. That year, at the Biennale, an exhibition titled Paradise Lost/Paradise Regained: American Visions of the New Decade had been commissioned for the United States Pavilion by the New Museum’s firebrand director, Marcia Tucker. Along with figurative painters such as Charles Garabedian, Roger Brown, Judith Linhares, and the Reverend Howard Finster, it included a young Oakland- based artist named Robert Yarber, whose nocturnal oil painting of a glowing motel pool and a couple falling past a high-rise window (Double Suicide, 1983) launched him into the public eye.
END_OF_DOCUMENT_TOKEN_TO_BE_REPLACED