The writer on what she takes from art and artists

At one point in Rachel Kushner’s recently published novella, “The Mayor of Leipzig,” the narrator, an American artist, reveals: “I personally know the author of this story you’re reading. Because she thinks of herself as an art-world type, a hanger-on.”

END_OF_DOCUMENT_TOKEN_TO_BE_REPLACED

Whatever Gets You Through the Night:
The Artists of Dilexi and Wartime Trauma 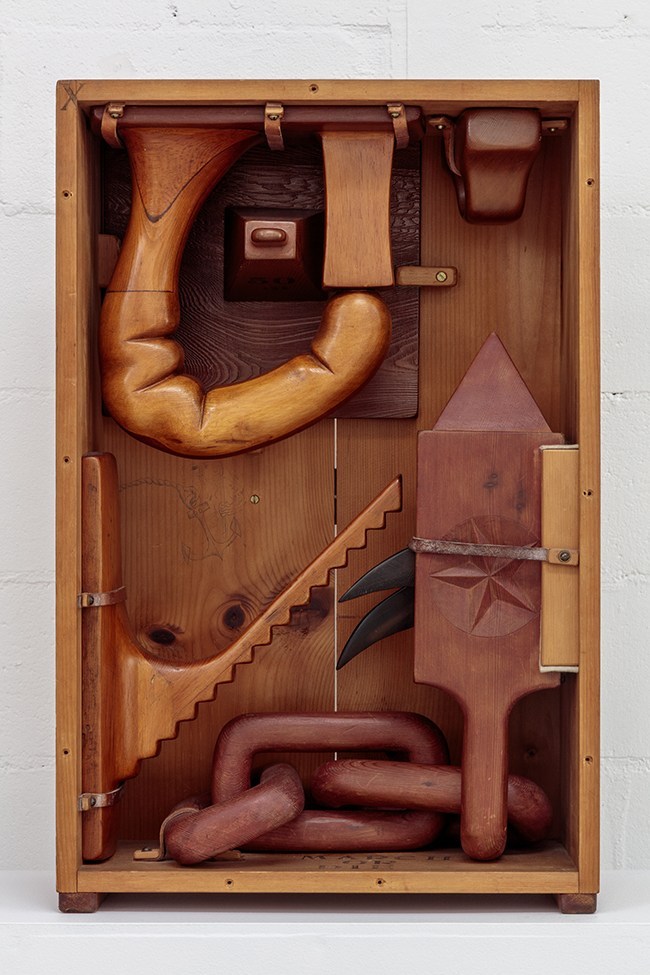 If you sometimes find life in America in 2019 to be a little too much, imagine living in California in the early 1960s. Since the end of the Second World War—a conflict that, for the United States, superficially led to domestic prosperity—the world had been racked with anxiety over the possibility of atomic apocalypse, while under McCarthyism a new strain of Fascism was spreading on home soil. Then just as progressive causes—including civil rights for African Americans—seemed to be gaining some ground, Kennedy was assassinated for no apparent reason, and for many on the left, all seemed utterly lost. END_OF_DOCUMENT_TOKEN_TO_BE_REPLACED