The Defaced Library Books of Kenneth Halliwell and Joe Orton 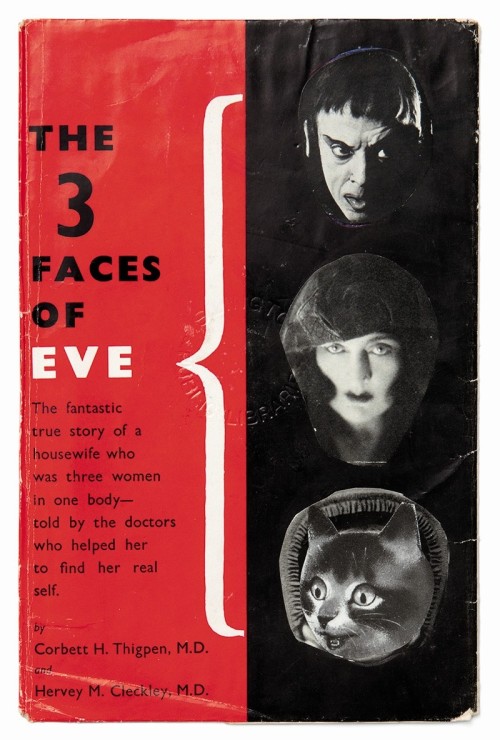 At first, the staff of the Islington Public Library rather looked forward to the discovery of another book, turned in by a confused patron who had realised, too late, that something was terribly wrong with its cover or flyleaf blurb. On the front of The Great Tudors, Henry VIII’s face had been mysteriously replaced by that of a chimpanzee. The plot synopsis inside the jacket of Dorothy L. Sayers’ potboiler Clouds of Witness concludes by suggesting that the reader “have a good shit”. When, in late 1961, complaints began to increase in frequency and fervour, the chief librarian decided that something must be done.

The perpetrators were the playwright Joe Orton and his lover Kenneth Halliwell, who six years later would become household names when Halliwell murdered Orton with a hammer, then overdosed on sleeping pills. In 1962, ensnared by a clerk from Islington Council who turned them in to the police, the pair was sentenced to six months in prison, plus a fine – a disproportionately heavy punishment for such a piffling and high-spirited crime. After prison, Halliwell wrote to the clerk: “Justice has certainly been done. Some people might think, perhaps, even a little bit more than justice.”

Malicious Damage, a new book about the episode by Ilsa Colsell, reproduces Orton and Halliwell’s extraordinary collages, archived by the Islington Library initially as evidence, now as curiosities. Most, in fact, are far from outrageous, and many reveal their creators’ subtle humour and sensitivity for their medium.

Alongside these colour plates, Colsell’s text examines the ultimately catastrophic effect that the experience of prison had on the two men’s relationship, and locates their story within the social climate of their time, caught, as Philip Hoare puts it in his introduction, “between post-war dreariness and a Sixties glamour”. It was not until 1967 that homosexuality was made legal, and though the pair never admitted the nature of their relationship in court, they were perceived as degenerate intellectual types who bore society nothing but ill will.

It was true, of course, that Orton and Halliwell lived in radical opposition to mainstream society. The one bedroom flat that they shared at 25 Noel Road in Islington was papered, from floor to ceiling, with illustrations of artworks cut from stolen library books. (The charge of larceny was, ultimately, more consequential than that of malicious damage.) While Colsell’s detailed history is fastidious to a fault (and peppered with an abundance of footnotes), Hoare is afforded the interpretive license to reflect on “the private theatre of their public drama”. Collage was, for them, a process of “gathering” material from the outside world, he suggests, just as incorporating overheard conversations into plays was for Orton. Their story is one of interiors, both metaphorical and actual: their eccentrically decorated bedsit, the separate cells that they occupied “inside”, and the turbulent affair they were obliged to keep behind closed doors.