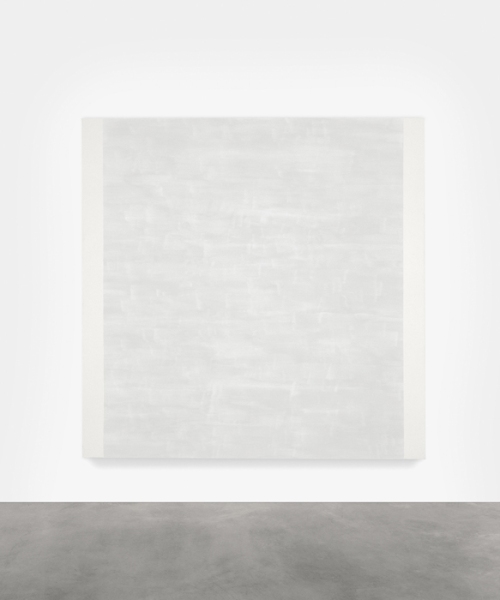 When good art looks bad in a particular exhibition space, do we fault the artist, the curator, the institution or the architect? Mary Corse’s retrospective A Survey in Light, which travelled from the Whitney Museum of American Art, New York, to the Los Angeles County Museum of Art, is an unsatisfying tribute to the Los Angeles-based painter, who over half a century has devoted herself to a deep but narrowly focused body of work.

Corse’s enduring subject is light itself, which she captures not through deft painterly evocations of luminosity, but by bouncing light off the surface of her canvases with such nonpainterly media as reflective glass microspheres (ordinarily used in road markings), glitter and fluorescent tubes. On the face of it, it’s a somewhat literal, facetious line for a painter to take. But Corse’s project is elevated by two factors: its optical sophistication, with pure white cascading at every turn into infinite shades and colours, often thanks to the inflection of Corse’s uneven brushstrokes; and – more profoundly – by the philosophical implications of her paintings’ refusal to stay still. As you move in front of them, light appears and disappears. They delight and frustrate – your shadow inevitably getting in the way. There is no neutral standpoint from which to see them, no ‘master’ perspective. (The gendered implications of that word hint at the subtly feminist connotation of Corse’s position.)

Corse’s paintings are uniquely porous, hypersensitive to their surroundings. They are designed to be so, but it is also their weakness. In the now decade-old Renzo Piano-designed galleries of LACMA’s Broad Contemporary Art Museum (still an annoying misnomer, since it is not a discrete museum but a part of LACMA), the setting does them a disservice. Air vents, security cameras, alarms, atmospheric monitors and other paraphernalia clutter the walls; marks on the floor from previous installations distract from below while, above, ungainly lights dangle from stems in order to achieve the desired reflections. Most egregious of all, wherever one walks in the gallery, the film White Light (1969), in which Corse talks about her process, is inescapably audible. It is a far cry from the purist sanctum of Dia Beacon, where a selection of Corse’s paintings has been installed for long-term exhibition, and even from the still fresh spaces of the new(ish) Whitney.

Even with a curt checklist of 25 works (inherited by LACMA’s Carol Eliel from the Whitney’s Kim Conaty), there are plenty of outstanding paintings here. While I find Corse’s white painted wood and Perspex triptych Untitled (Space Plexi + Painted Wood) (1966) somewhat inert, just two years later she hit on the transformative technique of scattering glass microspheres over gel medium. The scintillating Untitled (First White Light Series) (1968) is a square subdivided into sections, with contrasting brushstrokes sending the reflections from the tiny glass beads in different directions. There is a lot going on here, compared to later paintings that became simpler in their design, though more complex in their effects. The largest works in the show, Untitled (White Inner Band) and Untitled (White Multiple Inner Band), both 2003, are each over six metres wide. They are impossible to perceive without pacing back and forth in the gallery. But even at six metres, they are not impervious to their surroundings. They deserve better, maybe a room to themselves. Currently, LACMA cannot offer that, but maybe Peter Zumthor’s planned expansion of the museum – scheduled to be completed in 2023 – one day will.