Take It or Leave It 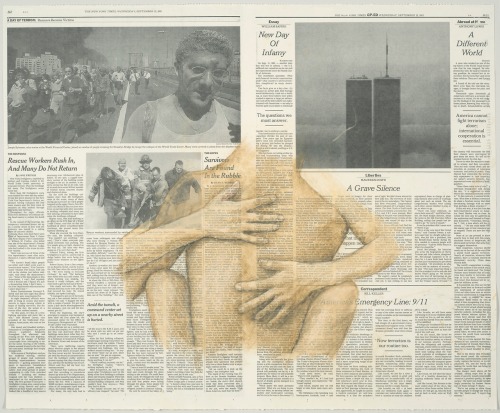 Large-scale historical shows, when done in a certain way, can be intellectual steamrollers. A museum exhibition is a powerful rhetorical device; gallery after gallery of judiciously selected aesthetic material beside didactic wall texts can make a particular hypothesis or observation seem indisputable, or a historical moment appear satisfyingly coherent. “Take It or Leave It: Image, Institution, Ideology,” curated by Anne Ellegood and Johanna Burton, may be a steamroller of an exhibition but it is far from flattening. Fortunately so, because one of the things it seeks to address is the rhetorical agenda of the Western museum. The curators have made it their mission to complicate two historical categories, appropriation and institutional critique, which are often seen as distinct tendencies, each with its own canonical figures and each with its own critical relationship to issues of power, race, gender and capitalism. Of the two, institutional critique is the more clearly circumscribed; appropriation, by contrast, is a sprawling (and, today, ubiquitous) technique that has roots in Dada and Cubism. This exhibition begins with the politically motivated work of the Pictures Generation of the late 1970s, when appropriation became an established term within critical theory, and continues through the early 1990s.As an exhibition, “Take It or Leave It” inclines to complexity more than clarification—a brave approach demonstrating that political art during the 1980s, as Douglas Crimp alleged in 1984, had no single “fixed style.” The overwhelmingly dense hang includes everything from stark text-based work by Jenny Holzer and Barbara Kruger to figurative painting by John Miller and David Wojnarowicz; from artists pilfering television culture, like Dara Birnbaum and Gretchen Bender, to those perverting the archival roles of museums, such as Mark Dion and Haim Steinbach.In her catalogue essay, Ellegood admits that the exhibition she at first conceived dealt with the history of appropriation but, as the project developed, she noticed that many of the artists in her notes were equally—if not more—allied with issues of institutional critique. It is surprising that the observation has not been made before, given the wealth of evidence arrayed here.The first narrative which the exhibition seeks to complicate is that the category of institutional critique was established exclusively by men: Michael Asher, Marcel Broodthaers, Daniel Buren and Hans Haacke, as official histories usually suggest. None of these artists feature in “Take It or Leave It.” Instead, Ellegood and Burton turn to the influential, and slightly later, work of female artists, including Martha Rosler, Adrian Piper and Mary Kelly. Andrea Fraser, who is younger still, is a central protagonist; her video Museum Highlights: A Gallery Talk (1989) greeted visitors to the exhibition. Piper’s detourned newspaper article about squatters being evicted by a Manhattan church, This is Not the Documentation of a Performance(1976), is a striking example of how appropriation suggested itself naturally to the unapologetically political agendas of these artists.The thesis posed by Ellegood and Burton is that appropriation is necessarily a form of institutional critique—it critiques whichever institution (television, news media, advertising, the art world) the appropriated source material represents. Many of the artists excluded from “Take It or Leave It”—Ellegood singles out Jeff Koons and Richard Prince as examples—are notable (and, arguably, most interesting) for their ambivalent relationships with the things they appropriate. While ambivalence may be the enemy of forceful criticality, it is often a friend to challenging and thoughtful art. By contrast, work that arises from socio-political exigencies—the plight of 1970s homeless squatters, for instance—is hard, in 2014, to treat as much more than a relic, no matter how apposite it was for its moment.Almost every artist is represented by two or more works, usually located in proximity to one another. Robert Gober’s racially charged wallpaper Hanging Man/Sleeping Man (1989) is well known, but more powerful today is his suite September 12 (2005-09), in which he traces intertwined figures, in delicate pastel, over photolithographs of newspaper pages reporting the attacks on the World Trade Center. The figures are of ambiguous gender and race, in stark contrast to the lynched man in the wallpaper, as well as to Piper’s Vanilla Nightmares #20 (1989), which hangs nearby: over a 1986 New York Times story about apartheid, Piper has drawn a crowd of black bodies, one with a tumescent erection.September 12 is one of a number of more recent works interspersed throughout the exhibition, ostensibly to demonstrate the continuing relevance of the strategies adopted by artists in the 1980s but, instead, betraying how much has changed. Zoe Leonard is represented both by grainy black-and-white photographs of children visiting a natural history museum (Untitled, 1984/91) and by her recent installation Survey (2012), in which postcards of Niagara Falls are stacked on a table. Appropriation and institutional critique have become so ingrained as artistic positions that it would be easy to discuss the evocative Survey without mentioning either. “Take It or Leave It” goes some way to explaining why.